The Archaeological Museum, a place of learning that exhibits the archaeological finds unearthed in the city of Jesi and its surrounding territory, is configured as a supra-municipal cultural institution. The finds are displayed in chronological order in three sections: Prehistory, Protohistory and the Roman Era. Some of the most significant finds are from the ancient Picenian civilization in Monteroberto and Castelbellino and include artefacts from the Roman Era, such as the kilns from the Campo Boario and the statues dating back to the Julio-Claudian Dynasty found in Jesi.

The Pinacoteca Civica is the civic art gallery and one of the most important treasures of the town. Housed in the prestigious Palazzo Pianetti, since 1981 it has been preserving an interesting art collection with works from the 15th century up to present day.

Not to be missed is the visit to the long galleria with its beautiful Rococo stucco-work, the 18th-century paintings about the Stories of Aeneas as well as the 19th-century apartments on the second floor of the palace.

A large number of works of art by Lorenzo Lotto, a well-known painter from Veneto, are present in the rooms as well as a series of considerable paintings by artists linked to the region.

This collection is constantly growing since new works of art are added every year thanks to the "Premio Rosa Papa Tamburi" award.

The contemporary art collection housed in the 19th-century apartments counts a valuable group of works dating from the latter half of the 19th century up to present day.

Gathered since 1938, above all thanks to artists' and collectors' donations, it counts nowadays more than 600 works of art. The most important nucleus is made up of works donated by Orfeo Tamburi. In 1964 the famous artist from Jesi donated to the art gallery 54 of his drawings, prints, watercolour and gouache paintings made between 1948 and 1963. Moreover, in 1975 Orfeo Tamburi founded the award called "Premio Città di Jesi - Rosa Papa Tamburi” to honour the memory of his mother. This award obliged prize-winning artists to donate one of their works to the Pinacoteca Civica of Jesi. This is how the art collection is constantly being enriched by works by important artists such as Guttuso, Guidi, Cantatore, Paulucci, Sassu, Mattioli, Trubbiani, Piacesi, Morlotti, Biancini, Ciarrocchi.

In 1981, in order to celebrate Lorenzo Lotto, an exhibition was mounted in Jesi titled "La ruota del Lotto" (Lotto's wheel), which included, among others, works by Michelangelo Pistoletto, Luigi Ontani, Omar Galliani, Luigi Giandonato and Gianfranco Notargiacomo. They all left their works in the Pinacoteca. 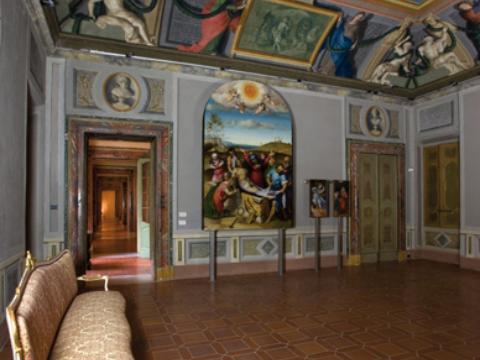 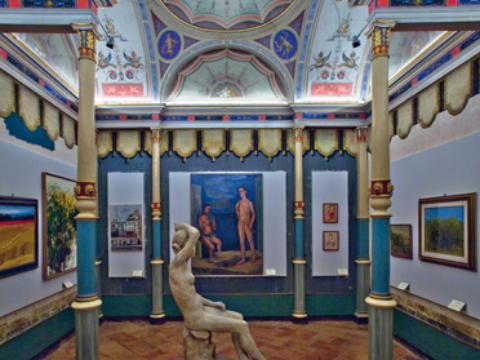 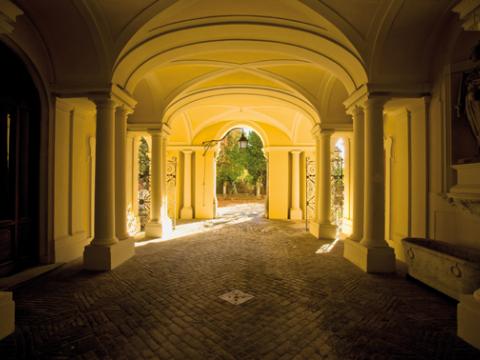 Summer (from the 3rd Saturday in June to the 3rd Sunday in September, inclusive)
Tuesday-Sunday and public holidays: 10am-7pm

A single ticket to visit Lotto: you can visit 5 museums in the Marche which host some of the most extraordinary works by Lorenzo Lotto, as well as the multimedia tour of the IME - Istituto Marchigiano di Enogastronomia in Jesi.
Price
Full ticket: € 10
Reduced ticket: € 7 (15 to 25 years old; groups of more than 15 people)