The Frederick II Museum hosted in the historic Palazzo Ghislieri, is the first museum in the world to retrace the life and work of the Holy Roman Emperor “Stupor Mundi”. Visitors will be able to discover the wonderful world of Frederick II of the House of Hohenstaufen, in a journey through time and space.
The museum itinerary includes interactive installations, 3D animations, multimedia contents and architectural and historical costume reconstructions. The museum also includes sixteen thematic rooms in which to acquire a first-hand experience of the Emperor’s history-making battles and tour his castles.
The first room tells the story of the birth of Frederick II: tradition has it that Costanza D'Altavilla gave birth to her first child on 26 December 1194, in the square in front of San Floriano Cathedral, where Palazzo Ghislieri now stands.
The second room is dedicated to the Emperor’s family and dynasty: his parents, Henry VI and Costanza D'Altavilla, and his grandparents are brought to life through miniatures and paintings.
Once arrived at the third room, visitors will discover that the Emperor was left an orphan when he was only 4 years old. He was then protected by Pope Innocent III, who became his custodian. He was later crowned King of Germany in 1215, after having married Constance of Aragon.
The fourth room narrates the life of Frederick as Holy Roman Emperor. In the room, visitors will be able to admire a reconstruction of St. Peter’s Basilica in the Romanesque period, where he was crowned Emperor together with his wife Constance.
The fifth room shows Sicily at the time of Frederick II, which was characterised by different cultural inflows and Arabo-Norman architectures.
In the sixth room, visitors will find out that Frederick II decided to transfer Sicilian-born Saracens, who had rebelled against him, to Lucera, in Apulia. There, he had the Palatium built, in which he gathered Muslim scholars and thus won the confidence of the Saracens, awarding them privileges and the freedom of worship.
The seventh room offers a virtual journey into the castles and the royal residences that the Emperor left in the Kingdom of Sicily. In particular, visitors are invited to enter Castel del Monte.
In the eighth room, visitors will discover the universe of Frederick II as lawmaker. They will be able to admire the entrance Gate to Capua, also called the Double Tower Gate, which portrays the Emperor with two celebrated jurists of his court, Taddeo da Sassa and Pier della Vigna, who helped him put together the famous collection of laws: the Constitutions of Melfi of 1231, or Liber Augustalis.
The ninth room is dedicated to the four Popes who crossed Frederick during his lifetime, from the ones who were most favourable to him, like Innocent III, to the most hostile like Gregory IX.
In the tenth room, Hermann von Salza, the fourth Grand Master of the Teutonic Knights, describes to the visitors the Emperor’s Crusade from 1228 and 1229. It was the only Crusade to have had a positive and peaceful outcome.
In the eleventh room, his son Enzo, commander of the Imperial Army as the locum tenens of his father, narrates his father Frederick’s most difficult period following the rebellion of the communes in North Italy.
The twelfth room is dedicated to the most famous work by Frederick II: "De Arte Venandi cum Avibus" (On the Art of Hunting with Birds), a collection of six books that his sons Enzo and Manfredi had copied. The Emperor’s death made him unable to finish the work, which was unsuccessful at the time. Instead, it has recently been rediscovered and is still greatly appreciated by ethologists, naturalists and falconers.
The thirteenth room shows Frederick’s other face: not only a statesman but also an intellectual and scholar, in the unrelenting pursuit of knowledge.
In the fourteenth room, Frederick tells visitors about himself, explaining the ideals that guided his life and his decisions.
The fifteenth room reconstructs some aspects of his private life and of the Emperor’s offspring: his marriages and the tragic events that struck his heirs.
Once arrived at the last room, visitors will know the two opposite definitions with which Frederick made history: Stupor Mundi and Antichrist. Both of these definitions led to giving birth to the myth on his extraordinary figure. 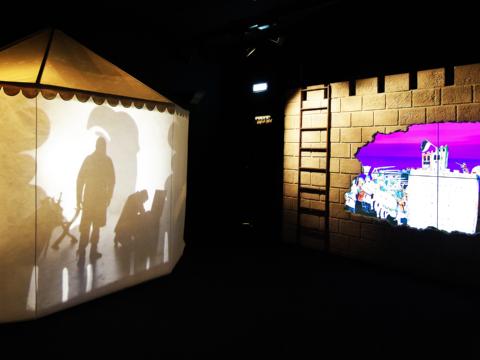 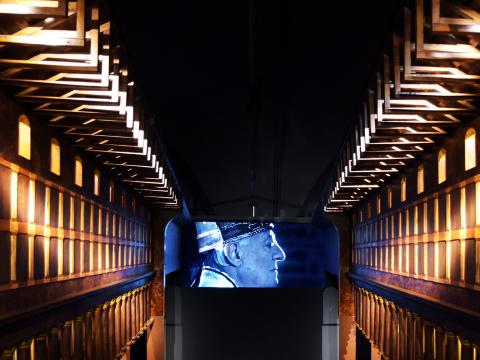 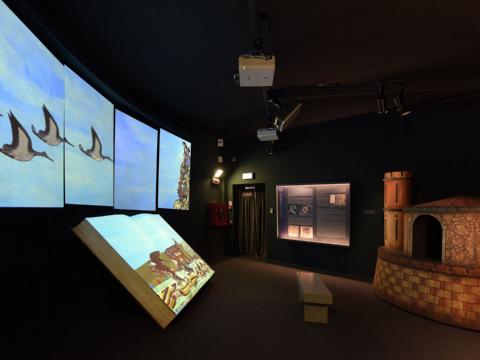